August has been another busy month at Riad Romm'an.  The main task has been to finish the tadelakt which is in many areas of the house, including the kitchen and bathrooms.  It is also used on the stairway and forms a skirting band between the walls and the tiled floors of most rooms.  Its a big job! 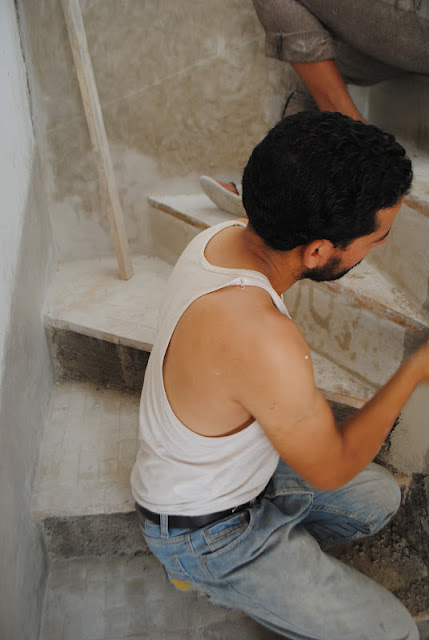 Tadelakt is a form of lime plaster which given its virtually waterproof properties, has been used as a traditional wall coating for palaces, hammans and bathrooms. Its traditional application includes being polished with a river stone and treated with a soft soap to acquire its final appearance and water resistance.  It has a luxurious, soft aspect and undulations due to the hand crafted nature of the artisans work in installing it.  Tadelakt is a Berber word meaning to rub.

Tadelakt can be created in any colour you like and is mixed on site by the skilled artisans.  Riad Romm'an's bathrooms are all in different bright colours of tadelakt. 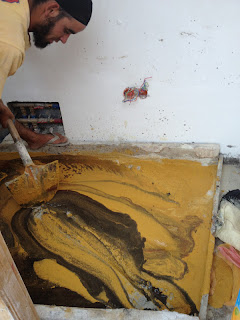 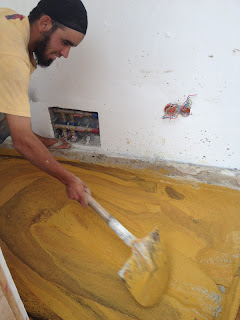 The yellow colour, 'babouche' is the traditional colour of the babouches (moroccan slippers) worn by the guards at the King of Morocco's palace! 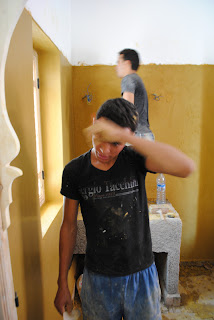 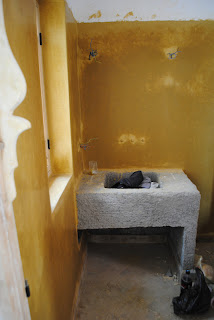 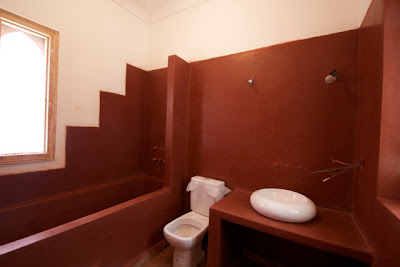 The fireplaces of Riad Romm'an are also finished in different colours of tadelakt. In the salon, the fireplace, chimney and steps around it are all finished in beige tadelakt. 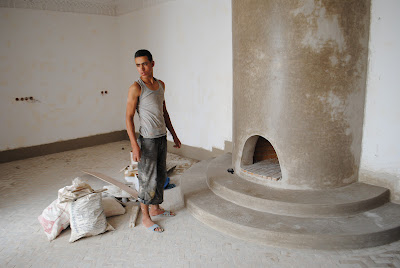 The fireplace in one bedroom of Riad Romm'an is an art deco Bill Willis inspired design, finshed in green tadelakt. 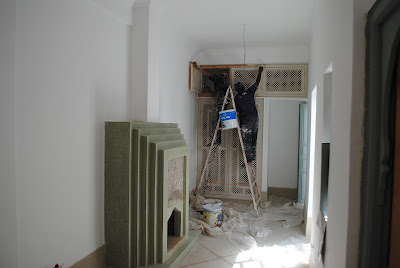 The fireplace in the master suite incorporates carved tadelakt, this time in a colour called 'London Clay'.  Artisans carve into the still wet tadelakt to create a lovely unusual chequered pattern. 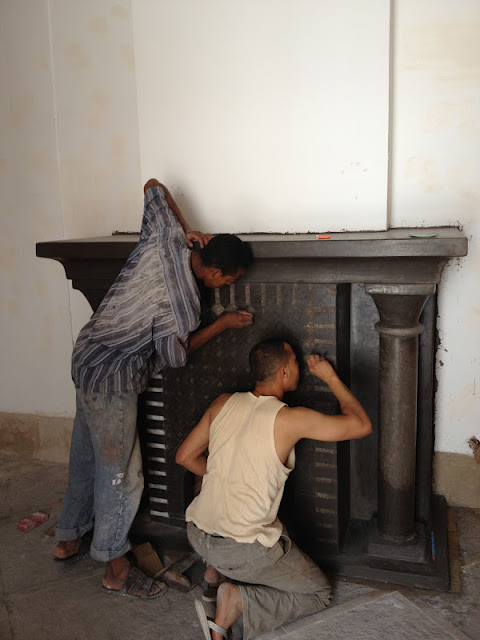 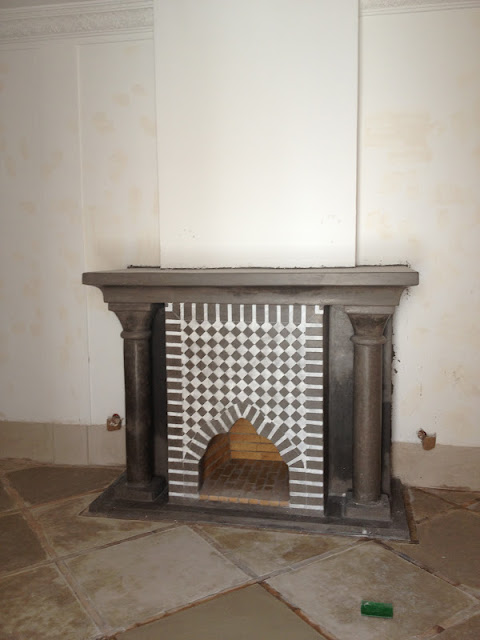 Posted by Scott Mackay at 06:35 No comments:

A borrowed house, faulty air conditioning and a Raggedy Neighbour

Sleeping on a mattress on the floor of a borrowed, unfurnished riad in Bab Doukala, Marrakech, we often heard knocks on the door at strange times of the day and night.  We just thought it was the kids in the derb playing tricks on us. We ignored it.

It is hot in Marrakech in July.  Very hot!  The air conditioning in the bedroom worked...for a few minutes, then water poured onto the floor.  We had to switch it off.  Frustrating!

One day, a raggedy man was waiting for us at the door.  He spoke a little English and seemed quite charming.  Through his great thick beard he asked us if we knew the owner of the borrowed riad.  We had heard the owner lived in Paris and had not visited here for 2 years, but knew nothing else.

The Raggedy Neighbour explained that he lived in the riad next door.  But he was not happy with our air conditioning.  He continued his story "owner of (borrowed) riad put clime (air conditioning units) on wall, in my riad... very bad!"

We knew there were laws about this from our own building project, so technically the French owner was in the wrong.  "We are only borrowing the riad" we said, but Raggedy Neighbour told us he wanted money from us as 'compensation' for his inconvenience.   "It's nothing to do with us" we said and wished him a good night.

Once inside the borrowed riad, we went upstairs to see the offending air conditioning units and look at where Raggedy Neighbour lived...


It was hot, we put the air conditioning on...and water still poured out.

Posted by Scott Mackay at 10:53 No comments: