In Marrakech it is useful to keep your wits about you. It is impossible to spend much time in the souks before falling for some haggling technique or other. It is a sport and you will loose. Even for the seasoned Marrakchi, it is a mistake to get over confident about what to expect.  However, these tricks are mostly harmless, seldom costly and should be held lightly and laughed off.  That's the case with the little scam the shoe shine man likes to play. 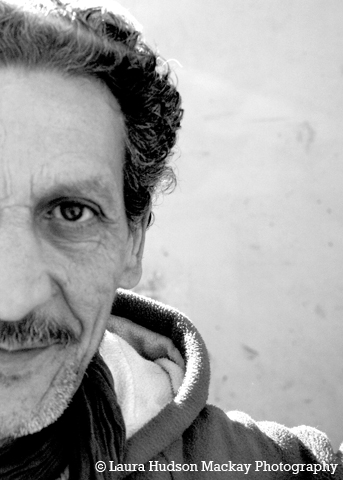 A battered pair of worn out old shoes are useful for shuffling around the souks. They form part of the uniform of the seasoned haggler, as it is never good to look too rich or smart when trying to haggle down the price of that allegedly antique lamp or a beautiful berber rug.  Downplaying your spending power is important to put the shopkeepers off the scent of those dirhams burning a hole in your pocket. However, the shoe shine man is different.  He sees opportunity in those scruffy shoes.

It begins like this..."You want shoes shined?..I give you good price.", reluctantly and just for fun I casually reply, "OK then, how much?"  The shoe shine man enthusiastically comes back with "50 dirhams".  My default haggling response then comes into play "La shukran, ghali bezef (no thank you, too expensive)", followed by "20 dirhams".  "La, La La (No, No, No)", he says shaking his head, "I give you for 40 dirhams?" I look at the ground...serious like, "OK, 25 dirhams". "30 dirhams - last price" he confidently says, smelling victory.  Haggling ping pong can be time consuming and I want to be on my way, so I agree to his reduced price of 30 dirhams (approx £2.25). The frantic shoe shining commences... 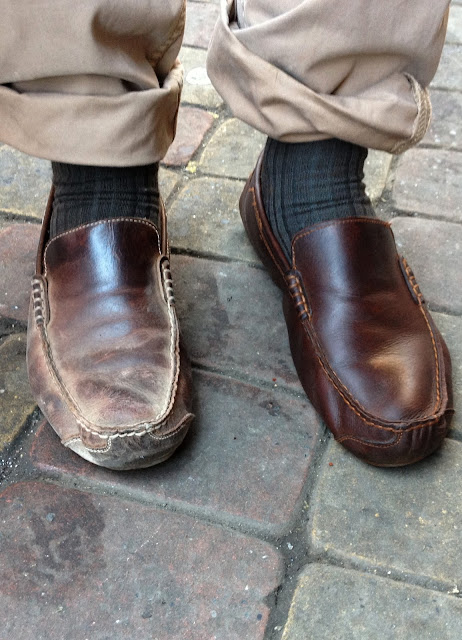 It took longer than expected.  The shoes looked new, too new for my liking! I handed over the 30 dirhams.  A frown appears on the shoe shine man's already wrinkled face, "No" he says "the price is 60 dirhams".

I act surprised, "we agreed 30 dirhams?"

With a wry smile on his face, the shoe shine man responds  "Ah, 30 dirhams each shoe..."