On to my second week of Arabic lessons at Live Language School in Glasgow and really enjoying it.  We are learning Modern Standard Arabic, but as the teacher Nadjia is from Algeria, she also speaks Maghreb dialect which is spoken in Morocco, Algeria, Tunisia and western Libya.  Practising my numbers today: wahid, zush, thalatha, arbaa, khamsa, sitta, sabaa, thamaniah, tisaa and ashra! 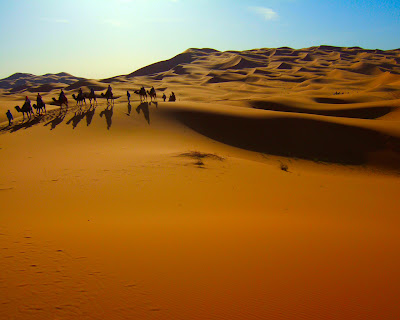 The most important factor in forming the individual dialects was the language originally spoken in the region.  As Arabic speaking people moved into various regions, aspects of the native language eventually became assimilated into arabic speech patterns.  New words were added to the language and, over the years, the pronunciation of words changed.  Fortunately, although there are now a large number of dialects in the Arabic language, there is a common dialect understood by most people who speak Arabic.  The common dialect in Arabic language is called Modern Standard Arabic (MSA).  This dialect is understood or spoken as a second dialect by more than 206 million Arabic speaking people.  MSA is spoken in most formal situations, such as radio broadcasts, lectures and sermons, since it is the most commonly understood Arabic dialect. 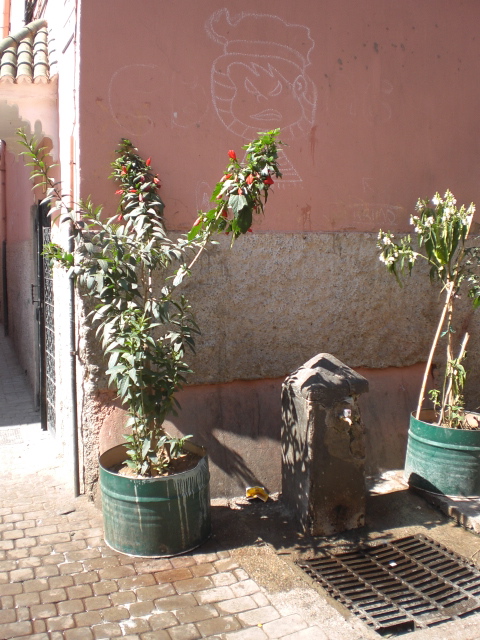 Oh and on the subject of Arabic, you may remember from my previous posts that Riad Romm'an is on derb el Boumba, which means 'pump'.  Here's a picture of the pump at the end of the derb, which is the local neighbourhood water fountain.  Can't wait to be back in derb el Boumba, very soon!
Posted by Scott Mackay at 05:48