It's week five already and progress has been rapid with the foundations completed and structural columns going up. 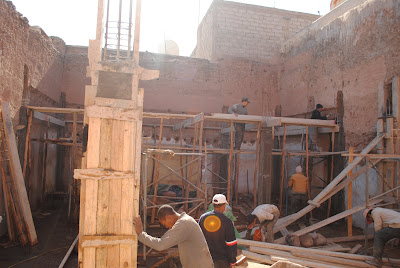 There was some serious drama and stress this week with the need to transfer funds to the builder for purchase of materials and payment of workers.  A blockage at our Moroccan bank meant that after they had stated the transfer had been made the previous week, we discovered it hadn't and wouldn't be possible.  The builder started laying off workers and was down to a skeleton crew, then threatened to stop work completely!  The London branch of our Moroccan bank were worried about transferring money out of our account without us being there in person (in London) to verify it.  However, after a tense few days and some straight talking over the phone with the boss, they eventually relented and the funds made their way across!  Work is back on track and progress continues apace. 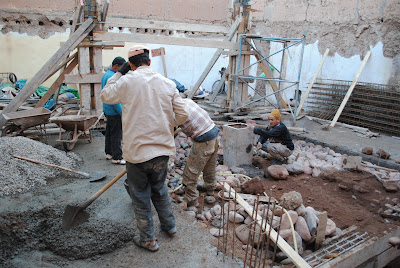 Many thanks to Grant Rawlings of Chic Marrakech, our project manager, for keeping us up to date with daily emails and photographs from the site.  Here's a selection of photos courtesy of Grant, from week five: 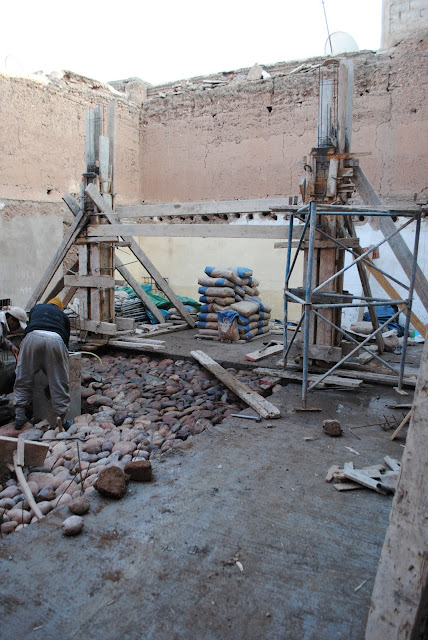 Surprisingly, potatoes are being used for the foundations of the courtyard. 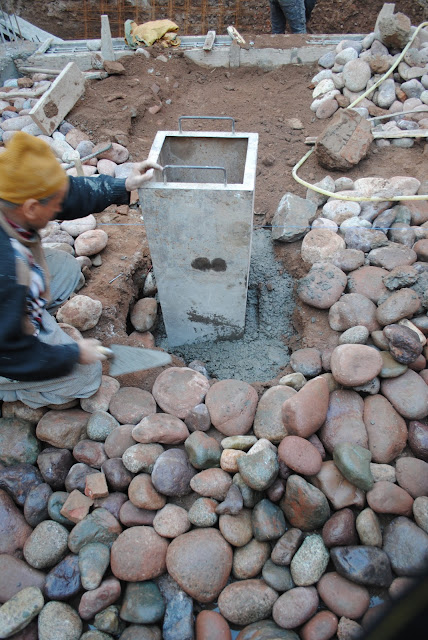 Oh, no they are pebbles, not potatoes!  But why the strange metal bin set centrally into the concrete of the courtyard?  Perhaps this is actually a mould for the drain for the central fountain to enable the concreting in of the courtyard base. 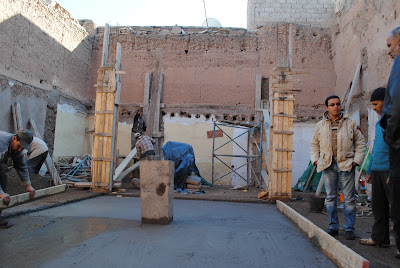 Waiting for the concrete courtyard base to set.  Don't walk on it!!! 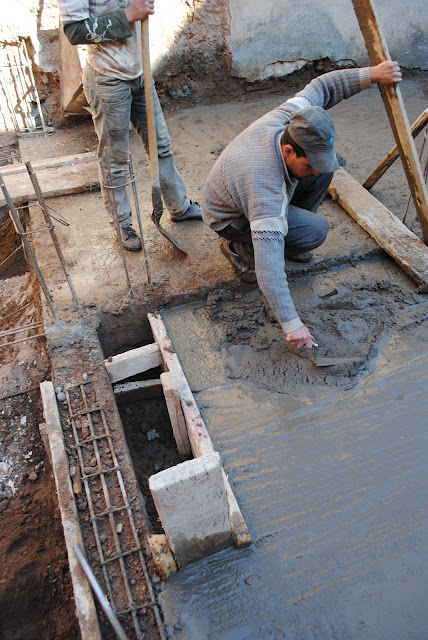 And this hole is going to be a planter...hopefully for a new pomegranate tree?! 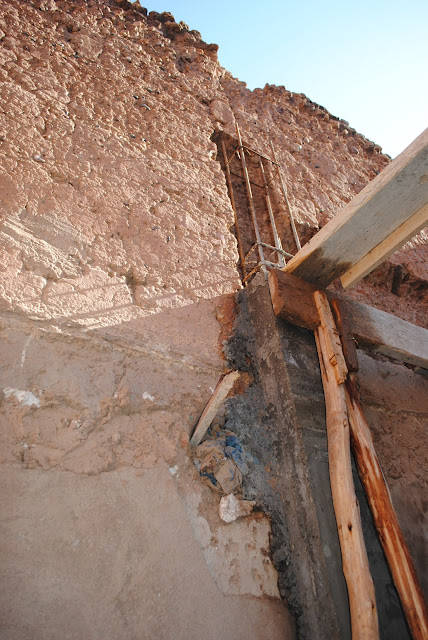 Ah yes, the technical bit, this picture and the one below show the cutting into the external pise walls for the columns and first floor beams. This is so that these crumbling old walls remain insitu until the building structure is complete, thereby avoiding causing instability to the neighbouring house walls. 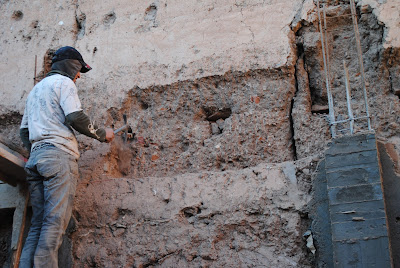 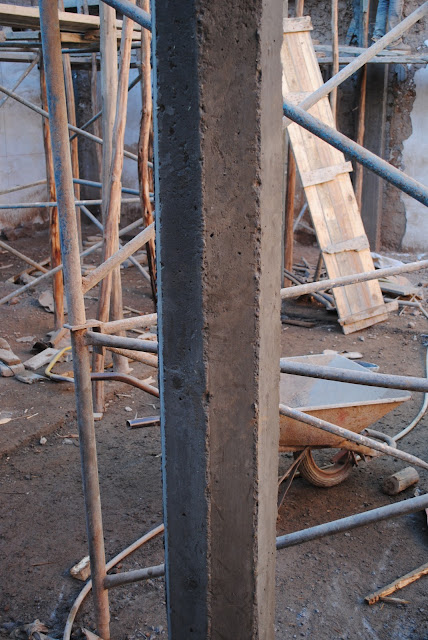 And this is the first of the column cores which will form lovely octagonal columns for our colonnaded salon.  Next week more structural work and the first floor will being going in!