Boumba is arabic for fountain and with Riad Romm'an being located in Derb El Boumba (street of the fountain), a fountain was always going to be an important element in the design. 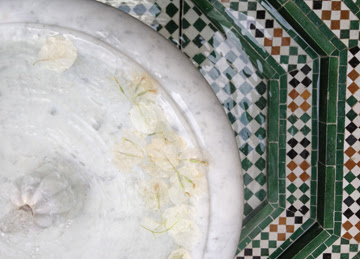 The almost magical cooling effect, both physical and psychological, of trickling cool water from a fountain placed within a riad courtyard can never be underestimated. 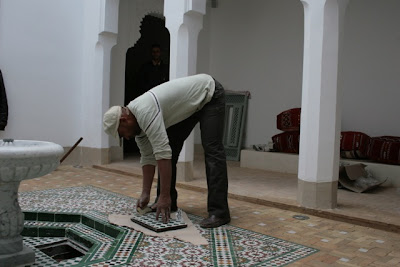 In Islam water is seen as life giving, sustaining and purifying.  The Qur'an states: "from water every living creature is created".  Water is used in Islamic architecture for several basic reasons: 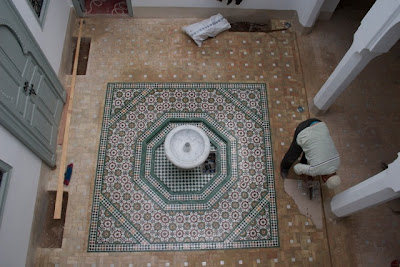 First, it is used practically to provide cooling in hot, dry climates (e.g. courtyard fountains and pools typically found in the vernacular architecture of the Middle East and North Africa). 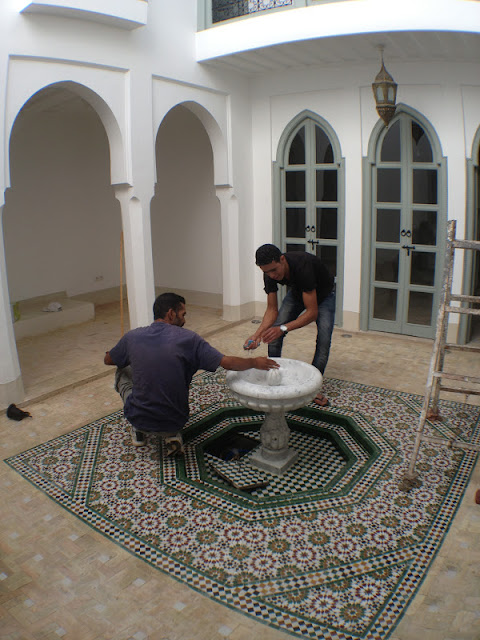 Second, it is used aesthetically to emphasise visual axes, reflecting the surrounding environment, and visually multiplying the adjacent architecture and its decorative detailing (e.g. the reflecting watercourses at the Alhambra and Generalife in Grenada, Spain).


Thirdly, it is used symbolically to represent the life-giving, sustaining and purifying aspects of water mentioned in the Qur'an (e.g. the ablution fountains found traditionally in the central courts of mosques).


Water is an important component of traditional Islamic gardens and courtyards. In the Qur'an, the garden is used to represent paradise promised to believers.  In fact the word 'paradise' in English comes from the old Persian word 'pairidaēza' which refers to a walled garden.


During construction of Riad Romm'an, the water level in the pool below the fountain kept dropping indicating that there must be a leak somewhere. But, no one could figure out where the leak was.  Was it the Djinns, who are traditionally believed to live in water, that were drinking it? 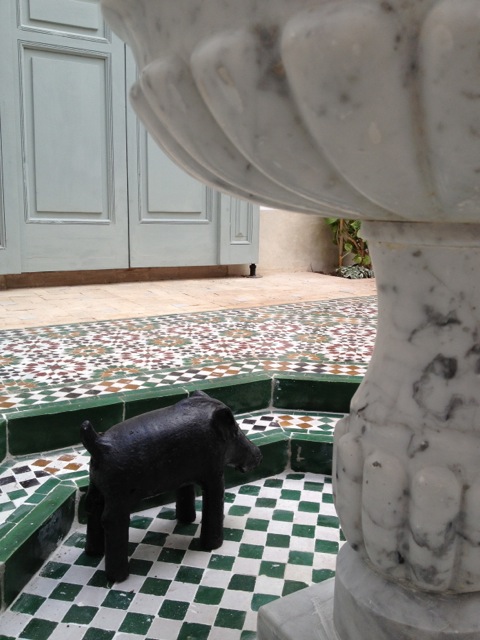 Perhaps the presence of a little black pig, found by the roadside near Asni in the High Atlas mountains during our summer camping trip, would scare off the Djinns and protect the water? 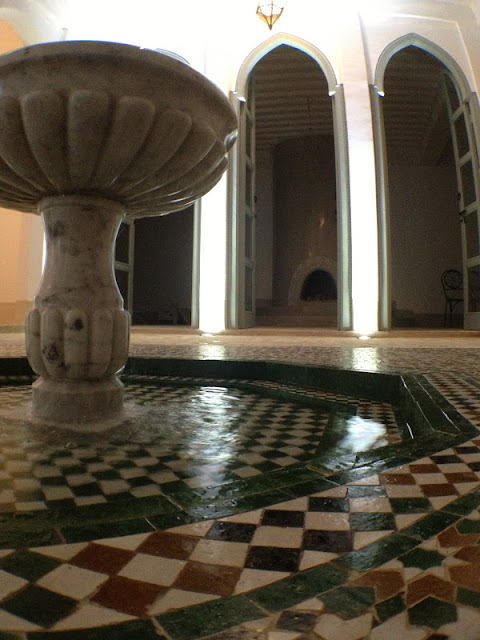 Sure enough, the Djinns abated, the water flowed again and stopped disappearing.  It now provides a wonderful trickling sound, which echoes throughout the courtyard in Riad Romm'an, bringing peace and calm right in the heart of the house. 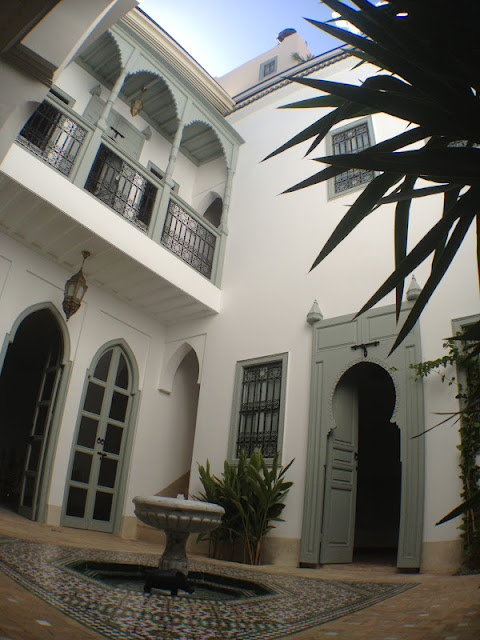