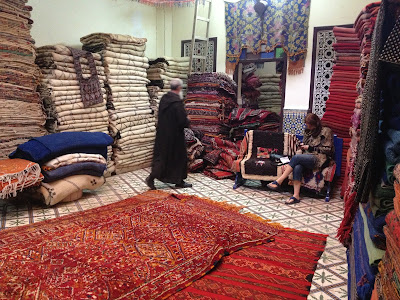 Hamid is our trusted rug man in Marrakech.  In a city which is not short of excellent rug shops, its easy to become baffled by where to go for a good deal on an authentic carpet. 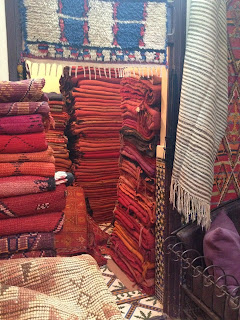 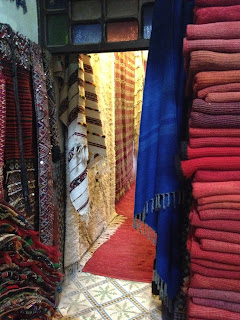 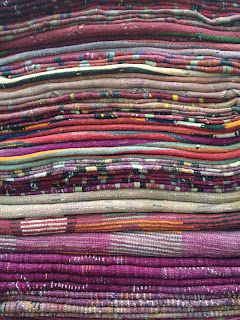 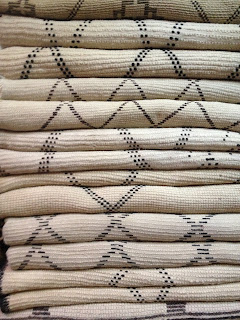 His shop is like a secret, tucked away in an ancient riad, down an anonymous side street off Rue Riad Zitoun el Kdim (Street of the Old Olive Garden) in the Kenneria district of the ancient medina.  Its central courtyard and every room is piled high with hundreds of beautiful handmade ancient and modern rugs. 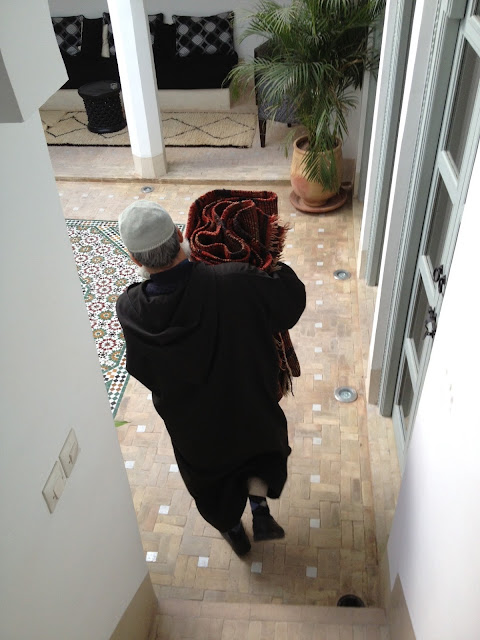 Hamid doesn't like having his picture taken.  A gentle and devout religious man, his sales of rugs are often interrupted by the call to prayer from his local Muezzin.  He excuses himself and dashes off to the mosque to pray.  We wait for him.  His rugs are so beautiful and his prices so sensible that there is no point going elsewhere.  All the rugs from Riad Romm'an came from his shop.  He brings them personally to the house and lets you try before you buy.  Once bought he promises to take them away for cleaning whenever required, for no charge, and will even exchange them for others if you fancy a change, years later. 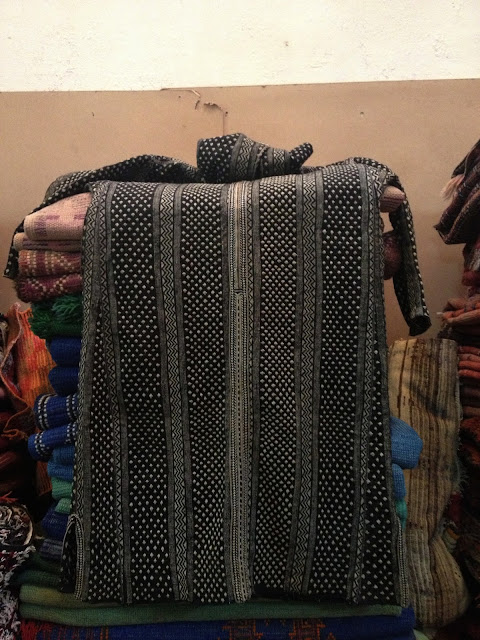 One day while visiting his shop, a intricately detailed woven wool Djellaba is spotted hung over some rugs.  Its not for sale, Hamid collects antique Djellaba's for his own pleasure.  But in Moroccan culture, if a guest in your house compliments you on an object in your possession, you are obliged to offer it as a gift to the one who offered the compliment.  Clearly this is a problem if you collect beautiful Djellabas.  My comment of appreciation, was reluctantly responded to by Hamid with the Djellaba being offered to me as a gift.  One I could not possibly accept.  In the end I paid a fair price for it, still far less than it was worth.  It now hangs with pride of place in the entrance hall of Riad Romm'an.  A reminder of the generosity of spirit of the Moroccan people and Hamid in particular. 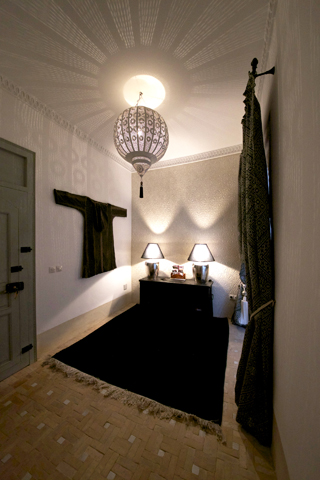