A NEW FOUNDATION IS LAID

Some people say they don't believe in coincidences.  In other words, things happen for a reason.  It might just be that we don't appreciate what the reasons are, until later on.  Once we join up the dots.
As with many UK cities which expanded during the 1800's, our home city in Scotland was built over previously mined land.  Apparently 50% of the city's buildings have former mine workings below them and our neighbourhood is no exception.  Fortunately for us,  c.300 years since these mines were dug and the coal extracted, someone in their wisdom has now decided to fill in the mines, in our neighbourhood (thank you!).  Thus making sure that these old Victorian houses are built on a solid foundation. 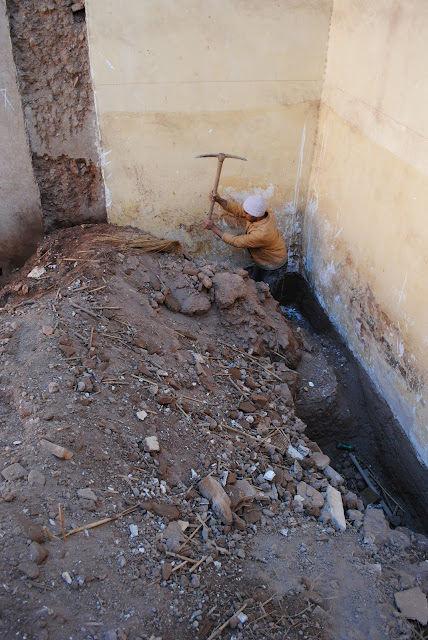 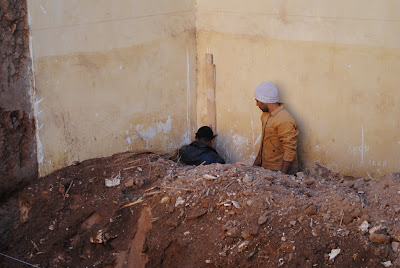 Yesterday, 1682 miles away in North Africa, significant progress is being made with the building of Riad Romm'an.  A massive amount of new earth is now spread on site which will build up the new ground floor level.  In the photo above you can see the old perimeter walls being marked up for new structural columns which will be partly embedded 15cm into them.  In the photo's below you can see the chalked demarcation of the column points and their alignment across the house indicated by the stretched out blue wire.  The foundation stones will be arriving shortly for the chalked up foundation/column positions. 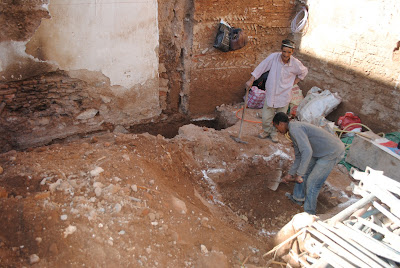 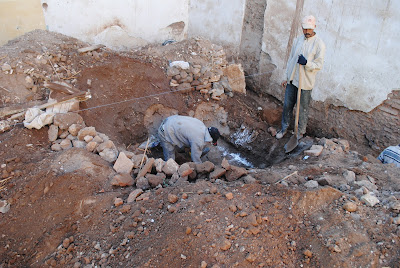 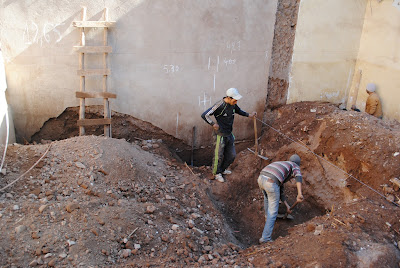 Yesterday it was election day in Morocco.  The first elections since the start of the Arab Spring in 2011 and the first to enable the direct democratic election of a prime minister in Morocco.  Without going into the detail of Moroccan politics, there is hope that this will start a new phase of democracy in the Kingdom.
It seems rather fitting therefore that the new foundations of Riad Romm'an are being laid at this time in Morocco's history. 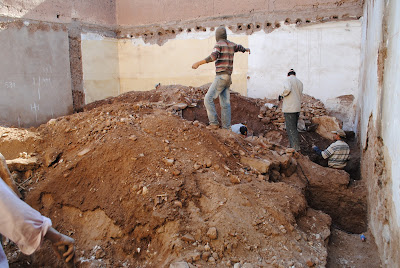 "Those from among you will rebuild the ancient ruins, you will raise up the age old foundations, you will be called the repairer of the breach, the restorer of the streets in which to dwell." (ancient scripture)